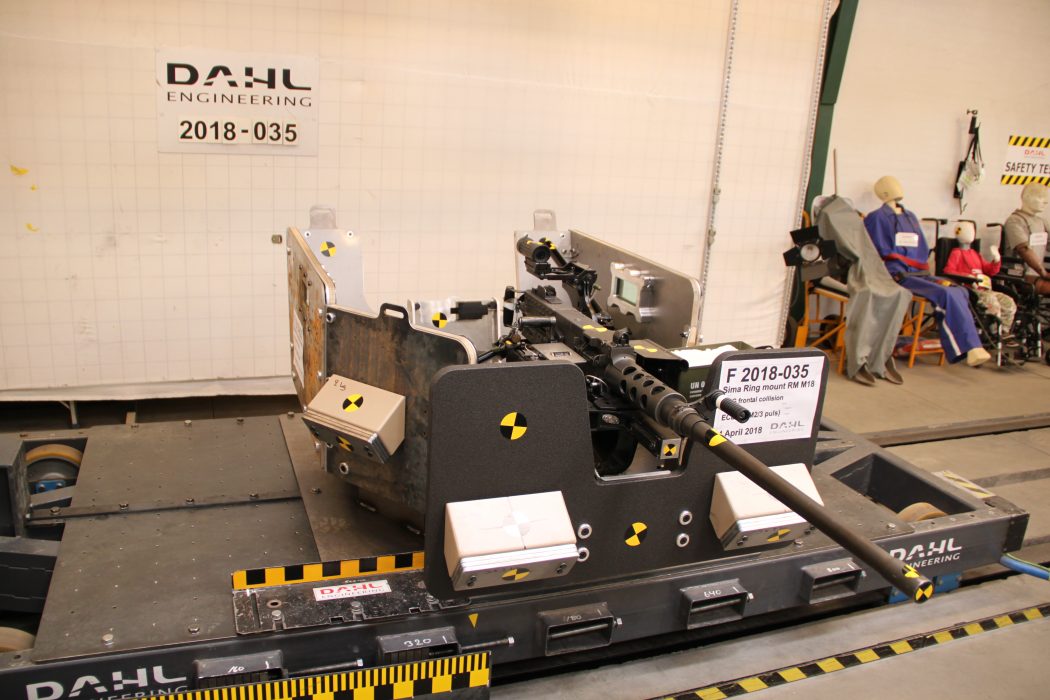 As a follow up on the comprehensive tests performed by the Danish Army Combat and Fire Support Center meting their demands for adjustments of the system, SIMA performed a crash test as a final trial of the pre-series turret proving its robustness .

The Turret was equipped with GFE material, loaded with maximum ballast and send on a collision course with 30km/h towards a wall of concrete.

The test should document that turret as well as equipment would not separate from platform or turret.

Not just once but two times the turret was confronted with this rough treatment having the weapon pointing in different directions.

Needless to say that even after two attempts the turret was still able to perform its turning and all equipment was in its designated positions.